URGENT! There is a major flaw in v1.0.2 that skips the first 4 Wily Stages in the main game. A solution is available under the NOTES section for those that are willing to fix it themselves and don't wish to rescan the program QR codes. If you would rather rescan, you only need to rescan the program code, not the GRPs.

MegaMan 2 PTC is exactly what you think it is. It is an extensive port of Mega Man 2 from the Nintendo Entertainment System to Petit Computer. It is being developed by Discostew (known as Discordstew on this Wiki). Everything that was from the original game will be in this game. Graphics, audio, etc are carefully being done so they resemble what the original game demonstrated, so they are all custom-made to be compatible with the formats that Petit Computer allows. Other than the actual game itself, it contains numerous other features that weren't present in the original, such as a Sound Test (or Audio Player).

Many have asked why would anyone want this when they have access to the game in other ways, including on the 3DS eShop. What incentive would be shown to want this? Well, I'll tell you. The first half is the game itself in a form that others can look at on the code-level, especially those that are wanting to make their own games in SmileBASIC. That won't be enough for some, so here's the second half. Along with the complete game, the program also contains a built-in level editor, allowing people with the program to create their own levels, and be able to share those levels with everyone else so that they may all try them out.

Controls for in-game play are as follows:

Major flaw fixed regarding the Main Game that skipped the first 4 Wily Stages.

First official release of the project

Major reworking of the project.

The first demo of the project. 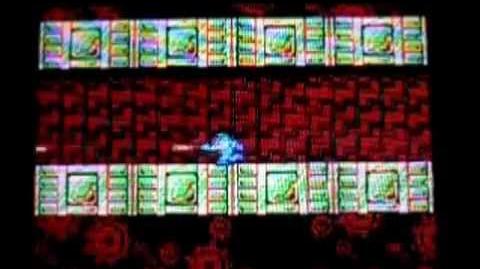 Author's website has been down for almost a year now, here are some mirrors where you can get the latest QR codes:

Currently, the actual QR codes to these programs will not be available on this wiki. The final QR code count for version 1.0.3 is over 240 QR codes. That is a lot of codes. By putting the QR codes for the programs would take up quite a bit of space. However, the QR codes will be supplied from the author's website, both in QR code and package form, and the following links will take you directly to the QR codes for each program.

While this wiki will be updated from time to time, previous updates on the game progress were on the website of the author, which can be found here (archived).

As work was being done on the audio in late 2012, the need to give something to the comminuty began to build, as there was no set date for when the next demo would be available. As it is right now, it wouldn't be for another 10 months when the second demo was available. So, in an effort to give everyone a little something long before that happened, this Audio Player was developed. It contains all the audio from the original Mega Man 2 game, including both background music and sound effects. The QR codes are available above.

As was pointed out by a fellow member here, v1.0.2 has a flaw that skips the first 4 Wily Stages in the main game. This section is for those that do not wish to rescan the program QR codes and want to fix it themselves.

Community content is available under CC-BY-SA unless otherwise noted.
Advertisement